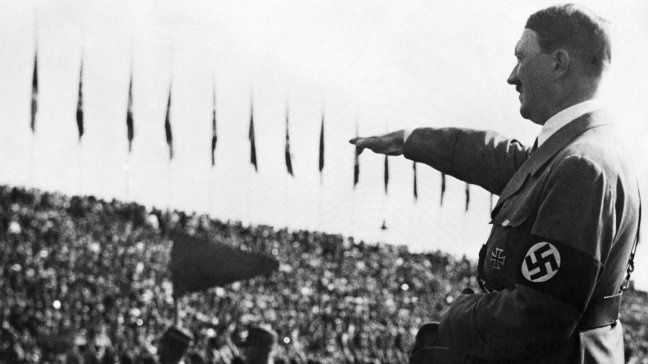 I have been watching the Rod Serling Twilight Zone. It started off as nostalgia; remembering the fun Rebecca and I have on the Tower of Terror in Walt Disney World. We started with the classics: Time Enough at Last, Nightmare at 20,000 Feet, The Monsters are Due on Maple Street, and A Kind of Stopwatch. We later stumbled upon the episode “He’s Alive” which tells a story of a young white supremacist named Peter Vollmer.

Peter starts a neo-Nazi movement with the help of an eery man draped in shadow who teaches him how to give powerful speeches, gain followers, and even kill those who stand in his way. The story nears its end when we find out that the man in the shadows is Adolph Hitler himself as he orders Peter to take the life of his friend, a Jew.

Peter leaves, kills his friend, and soon becomes the victim of his own crime when he himself is shot.

The episode cuts to a shadow of Adolph Hitler leaving Peter and walking away with these final words from Rod Serling:

“Where will he go next, this phantom from another time, this resurrected ghost of a previous nightmare—Chicago? Los Angeles? Miami? Florida? Vincennes, Indiana? Syracuse, New York? Anyplace, everyplace, where there is hate, where there’s prejudice, where there is bigotry. He’s alive. He’s alive so long as these evils exist. Remember that when he comes to your town. Remember it when you hear his voice speaking out through others. Remember it when you hear a name called, a minority attacked, any blind, unreasoning assault on a people or any human being. He’s alive because through these things we keep him alive.”

In the very same year this episode was aired Martin Luther King Jr. wrote his letter from the Birmingham Jail, “I have almost reached the regrettable conclusion that the Negro’s great stumbling block in his stride toward freedom is not the White Citizen’s Counciler or the Ku Klux Klanner, but the white moderate, who is more devoted to “order” than to justice; who prefers a negative peace which is the absence of tension to a positive peace which is the presence of justice…I had hoped that the white moderate would understand that law and order exist for the purpose of establishing justice and that when they fail in this purpose they become the dangerously structured dams that block the flow of social progress.”

Hatred and bigotry still exists. Xenophobia rears his ugly head toward people who want to find rest from war torn nations. Men and women flee from the Congo, take a boat to to Brazil, spend years hiking through South America, Central America, and Mexico seeking asylum, black men and women are profiled by racist police officers, black women are more likely to die giving birth due to malpractice, Muslim women are harassed and have their Hijab’s ripped off of their heads, black men are more likely to be put into prison for non-violent crimes, food deserts are the result of segregation, the world is full of hatred and the voices of these men, women, and children are silenced when those who can speak up remain silent.

We like to say that we Christians are a voice for the voiceless, but this is not the case. There is no such thing as a voiceless voice; the problem is that we have taken part in benefiting from systems that puts a hand over the mouths of the vulnerable. The privilege is having the ability to turn a blind eye turn a blind eye to injustice and suffering, hoping that it remains to keep you unaffected.

We have the ability make a difference in a world that seems to thrive on indifference. We can decide to only post things that show love toward the most vulnerable instead of a hatred for leaders. We can choose to donate our lightly used items to local refugee resettlement programs who help families get a fresh start. We can march in rallies, get activate politically (peacefully), and help raise the voices that are silenced. We can attend town halls, write letters to our representatives, and plainly let people know that we have had enough.

We need to live the most basic truth of loving our neighbor as ourself. Just as Hitler is alive as long as there is hatred and bigotry, the power of love exists as long as it is practiced in the most basic ways. When the world pardons hate, #chooselove.